Hello, and today I am going to do the MGM of this fine February. Sorry if I haven’t been posting lately, my access to technology has been “limited” to say the least. This game is the mobile game of the month for February because of the medieval theme and it made me laugh. That’s all for now really. Great game, wicked sense of humor. –

Hello everybody and today I’m doing a list (to make up for the fact that I’ve had a hiatus when I promised to post) of classic games you should try out (Some of these aren’t really classic, some are, some I’ve done a post of, some not) to end this months theme.(not in order of rank)

1. Kameo and the Elements of power

7. Metroid (Any game in series)

8. Paper Mario (Any game in series)

9. Valkyria (any game in series)

10. Phoenix Wright (any game in series)

12. Professor Layton (any game in series

As it is a new year, I feel like I should add more stuff. And that I shall. Starting today, I declare January kickback month. What is kick back month you may ask. Kickback month is going to be where I (and other staff members if I get more, the only other staff member I have is if I get sick, but mostly a fact checker/ reminder to post)  mostly post stuff that is a call back to classic games, or games of yesteryear, with the occasional game that is from a year or two ago. I have three games I am currently playing, so once I finish those games expect a ton of posts. I do apologize again for not posting very much, but I am a student, so I don’t have the biggest amount of free time. That’s all for now- 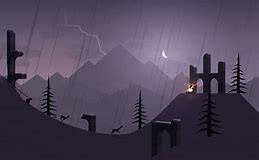 Hello and today (For the third time) I want to mention a wonderful game that has left me speechless, Alto’s adventure. This was a game I had with my old phone (That had a broken connecter leaving me with a ton of snow (Look up if not sure what I mean)) and it is beautiful. I will recommend this to everyone, and I say check this out for yourself. I’m speechless from how well made it is, and it is already at the top for this years (Mobile) game of the year. That is all for now- 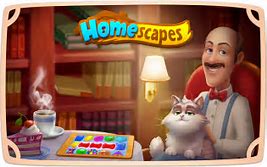 Hello and today (For 2nd time) I am doing the mobile game of the week for this week. The week is stated in the title, and I am having faith in humanity that people will read said title. Well, lets get this show on the road. END_OF_DOCUMENT_TOKEN_TO_BE_REPLACED 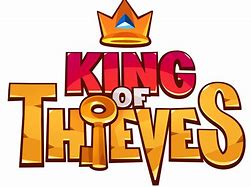 Hello and today I am doing mobile games only. That’s right, to kick off I’m doing mobile games. Running out of ideas you might say. Pshaw. I just have a ton of games on my plate and have to go get ready for school. That’s all. Expect Monday to be my last day of this excitement, mostly because school starts the following day. (Stay in school) Time to get this show on the road.

END_OF_DOCUMENT_TOKEN_TO_BE_REPLACED

*Image is original artwork (also pulled from gamestop.com)
Hello, and today I am doing a review on Battletoads. You may be wondering hey, why the HUGE delay. I honestly forgot where I put my laptop in my room. Come when school starts up again I’ll probably find it in my locker or satchel. So you also now may be wondering what is he doing this on. My phone. So sorry if quality is bad. (*Post edit, halfway through I found my laptop.)

Battletoads is an old game by rare in which you play as Rash or Zit. It’s a old beat em up that is easily a classic. I recently beat it last week, and holy cow is it tough. But it is fun.

If you ask any 80’s through early 2000 kid about a beat ’em up, most will think about Battletoads. It has good graphics (For its time) and very solid gameplay. It is a very fun game, but, however there is a major bug that makes this game hard to beat completely (so I would recommend the Rare Replay version, as it fixes the bug and makes this game immensely easier) but still playable to the end (Keyterm end if playing non Rare Replay). This games gameplay is solid, and the music is addicting (a little too addicting, I got it stuck in my head) . This game is overall a pretty good game, so I would recommend this to everyone, but I wouldn’t recommend a completionist play through, but a beat it play through. Overall I would give this game a 3.5 out of 5. That’s all for now-

New stuff is going to be added to the blog starting these next two weeks. Like for example Mobile game of the week, Mobile game of the year, and game of the year award. Also from now om Saturday will be a suggestion box (although that’s everyday really, so more of a major one), planning and poll day. Whereas Sunday will be a scheduling day with the occasional post/notice, and poll winner day. That’s all I have for now really-

Hello again, and today I am doing a review on Valkyria Revolution. Now you may be wondering, Wait, he already did something today. Is he going insane? And I say no. I am going to start to do two things a day whenever possible. I say whenever because *gasp* I am a student, let alone a highschool student. So lets get this show on the road.
Valkyria Revolution is a cutscene heavy game in which you play as Amlet, a military mastermind in the AntiValkria squad who is also one of the five traitors. This game is a game that is set in the future past, where you are recalling the events trying to find the truth of the Revolution.

Graphics- The games graphics are amazing, but not the greatest. This is a spinoff game for the Valkyria series, but even then this game was released this year. I like the style, but my main problem is the character animation in cutscenes. They are not good. To me it could use more emotion and fluidity, but that’s my only problem with the graphics. Overall I would give this a (8/10).

Music- This games music is what made this game good to great for me. I deliberatly bought the Vangard edition just so I could get a legal copy of the soundtrack. If I could describe the music in three words, it would be beautiful and brilliant. Overall I would give this a (10/10)

Gameplay- This games gameplay is truly addicting.  It realies heavily on stratigy and takes elements of RPGs into it. It’s extremely fun. However, I’m going to say that this game has too many cutscenes so you don’t have time to appreciate the game. The cutscenes do add a lot to the game, but holy cow, this game is like Okami in the sense of you have to wait, but if you do, you have one great ride ahead for you. Overall, I’d give the game play a (9/10) the cutscenes a (8/10)  but the amount of cutscenes a (5/10) (Seriously, it has a ton of cutscenes, I enjoy them, but it annoys me to no end on how many there. This should be a hint game developers)

Plot- Firs of all, I’d like to say one thing. Dang (this is the kid appropriate way of saying it) it is awesome. If I say anything else about it, it would be hard not to spoil a thing because I would fanboy the heck out. Overall a (10/10)

Overall- This game may have its flaws, but I will say I love this game. This may sound like all my other reviews (minus the flaws part), but this is a diamond in the rough. If I were to give it a score, it would be 6.5/10. That may seem weird after how high it ranked in the other categories, but what this game really lacked was the heart. In my opinion, if they just put even a tiny bit of effort, this would of been a 10/10. I would still recommend this game to anyone though, but at first I was a little guilt ridden to say even one bad thing, but my job is to tell the truth and not falsely advertise. All the games I’ve played so far I’ve bought with my own money, so if there is a hiatus, I don’t have the cash. I ended reviewing this game in the end though to show this game to you to you, the reader. It’s truly a diamond in the rough. Thats all for now-

This months MGM is Gardenscapes. Gardenscapes is a game I play a lot. I mean a lot. It is a little concerning how much I play. Well anyway, Gardenscapes is a game where you get a house, and you renovate and revamp a garden. You play connect and match levels, which get progressively harder. I know that for a fact, because I’ve played enough to get to level 341 (that is the level I am currently on). I would recommend this game to anyone and everyone. This game is beautiful, and you can just stare at it for hours. That’s all for now-